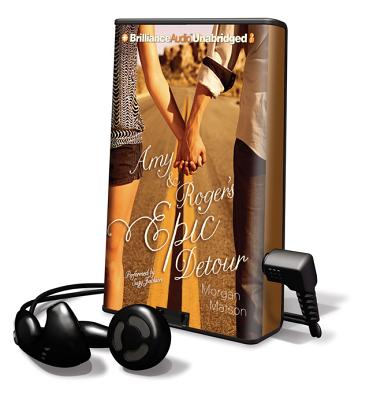 Amy Curry is having a terrible year. Her mother has decided to move across the country and needs Amy to get their car from California to Connecticut. There's just one small problem: Since her dad died this past spring, Amy hasn t been able to get behind the wheel. Enter Roger, the nineteen-year-old son of an old family friend, who turns out to be unexpectedly cute . . . and dealing with some baggage of his own. Meeting new people and coming to terms with her father's death were not what Amy had planned on this trip. And traveling the Loneliest Road in America, seeing the Colorado mountains, crossing the Kansas plains, and visiting diners, dingy motels, and Graceland were definitely not on the itinerary. But as they drive, Amy finds that the people you least expected are the ones you may need the most and that sometimes you have to get lost in order to find your way home. One of the most touching, irresistible, and feel-good road trips I ve been on in a long, long while. Deb Caletti, National Book Award Finalist.