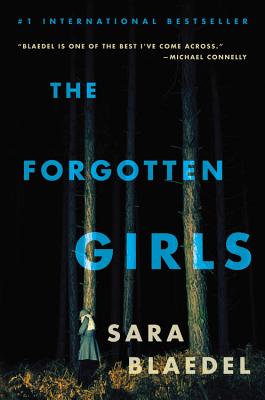 This is book number 7 in the Louise Rick series series.

The body of an unidentified woman has been discovered in a remote forest. A large, unique scar on one side of her face should make the identification easy, but nobody has reported her missing. Louise Rick, the new commander of the Missing Persons Department, waits four long days before pulling off a risky move: releasing a photo of the victim to the media, jeopardizing the integrity of the investigation in hopes of finding anyone who knew her.

The gamble pays off when a woman recognizes the victim as Lisemette, a child she cared for in the state mental institution many years ago. Lisemette was a "forgotten girl", abandoned by her family and left behind in the institution. But Louise soon discovers something even more disturbing: Lisemette had a twin, and both girls were issued death certificates more than thirty years ago.

Louise's investigation takes a surprising when it brings her closer to her childhood home. And as she uncovers more crimes that were committed--and hidden--in the forest, she is forced to confront a terrible link to her own past that has been carefully concealed. Set against a moody and atmospheric landscape, The Forgotten Girls is twisty, suspenseful, emotionally intense novel that secures Sara Blaedel's place in the pantheon of great thriller writers.

Sara Blaedel is the author of the #1 international bestselling series featuring Detective Louise Rick. Her books are published in thirty-eight countries. In 2014 Sara was voted Denmark's most popular novelist for the fourth time. She is also a recipient of the Golden Laurel, Denmark's most prestigious literary award. She lives in New York City.

"For readers who gorge on captivating characters and chilling suspense, THE FORGOTTEN GIRLS is a tantalizing treat. Enjoy yourself, America."

"Sara Blaedel is a force to be reckoned with. Everyone keeps talking about the 'trend' in crime writers--Scandinavian, German, Russian. Blaedel is no trend. She's a remarkable crime writer who time and again delivers a solid, engaging story that any reader in the world can enjoy."
—Karin Slaughter

"One of the best I've come across."
—Michael Connelly

"Crackling with suspense, atmosphere, and drama, THE FORGOTTEN GIRLS is simply stellar crime fiction. I loved spending time with the tough, smart, and all-too-human heroine Louise Rick--and I can't wait to see her again."
—Lisa Unger

"THE FORGOTTEN GIRLS is without doubt the best the author has delivered so far...strikingly well done....the chances are good that THE FORGOTTEN GIRLS will become your favorite crime novel for a long time to come."
—Børsen (Denmark)

"THE FORGOTTEN GIRLS has it all. At its heart, it is a puzzling, intricate mystery whose solution packs a horrific double-punch...Once you start, you will have no choice but to finish it."
—BookReporter

"Sara Blædel is at the top of her game. Louise Rick is a character who will have readers coming back for more."
—Camilla Läckberg

"[THE FORGOTTEN GIRLS] is gripping when it depicts some horrific crimes...[An] uncompromising realism...distinguishes this novel at its best."
—Washington Post

"A sharp protagonist who wrestles with her own failings and fears, in a skillfully told
story that is typically dark in the manner of Nordic crime fiction."
—Booklist

"Already an international best seller, this outing by Denmark's "Queen of Crime" offers trademark Scandinavian crime fiction with a tough detective and a very grim mystery. Blaedel is incredibly talented at keeping one reading even as one wants to look away from the graphic scenes. Recommend to fans of Camilla Läckberg and Liza Marklund."
—Library Journal

"This is a standout book that will only solidify the author's well-respected standing in crime fiction. Blaedel drops clues that will leave readers guessing right up to the reveal. Each new lead opens an array of possibilities, and putting the book down became a feat this reviewer was unable to achieve. Based on the history of treating the disabled, the story is both horrifying and all-to-real. Even the villains have nuanced and sympathetic motives."
—RT Times - Top Pick **Nominated for a Reviewer's Choice Award**