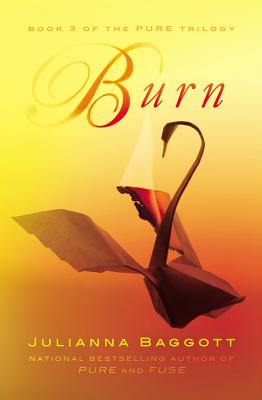 This is book number 3 in the The Pure Trilogy series.

The stunning conclusion to the trilogy that began with Pure, recommended by People for those who loved The Hunger Games.

With his father now dead, Partridge has assumed leadership of the Dome, one of the last few refuges from the ravaged wastelands of the outside world. At first, Partridge is intent on exposing his father's lies, taking down the rigid order of the Dome, and uniting its citizens with the disfigured Wretches on the outside. But from his new position of power, things are far more complex and potentially dangerous than he could have ever imagined.

On the outside, a band of survivors faces a treacherous journey to Dome. Pressia carries with her the key to salvation. If she can get it to the Dome, the Wretches could one day be healed and everyone might be able to put the horrors of the past behind them. Bradwell, the revolutionary, cannot forgive so easily. Despite Pressia's pleas, he is determined to bring down the Dome and hold its citizens accountable for leaving the rest of the world to burn. El Capitan, the former rebel leader, wants to help Pressia save as many lives as possible--but he's struggling to reconcile his newfound compassion with his vicious past.

As former allies become potential enemies, the fate of the world is more uncertain than ever. Will humanity fall to destruction? Or will a new world rise from the ashes?

Julianna Baggott is the author of numerous novels, including Pure, which was a New York Times Notable Book in 2012. Her poems have been reprinted in Best American Poetry, and her essays have appeared in the New York Times Book Review, the Washington Post, the Boston Globe, and on NPR's All Things Considered. She teaches at the College of the Holy Cross and in Florida State University's College of Motion Picture Arts.

"PURE is a dark adventure that is both startling and addictive at once...Breathtaking and frightening. I couldn't stop reading PURE."
—Danielle Trussoni, bestselling author of ANGELOLOGY, on Pure