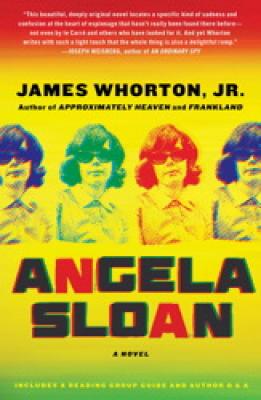 In a sense, the exploits of young Ms. Sloan occur in a landscape no less fantastical than that of Oz or Wonderland. This is the uncanny milieo of Watergate, hippies, anarchic radicalism, and the insane serpant-eating-its-own-tail, Ouroboros, of the espionage world. Whorton's writing is unpredictable, and touch melancholy, and filled with deliciously wry, deadpan humor. A must-read for fans of Charles Portis's "True Grit."

In his latest novel, universally acclaimed author James Whorton, Jr., delivers a curious Nixon-era caper of broken men and stoic runaways who learn just how much there is to gain, and lose, when you go undercover. Angela Sloan, a seemingly average teenager living in the suburbs of Washington, D.C., is left to lie low and fend for herself when her father, a retired CIA officer, skips town in the wake of the Watergate scandal. Driving a Plymouth Scamp she has just learned to operate, Angela encounters strangers literally at every turn. A fugitive Chinese waitress won't get out of the car. A jaded lady spy offers up free therapy and roadside assistance. A restless pair of hippies keeps preaching about the evils of monogamy. And an anteater lurks in the unlikeliest of places. But through all of her outlandish adventures, Angela keeps focused on one urgent wish: to reunite with her father. Bold and quirky, Angela Sloan is a priceless coming-of-age story about stealing diner food and salvaging lost identities.