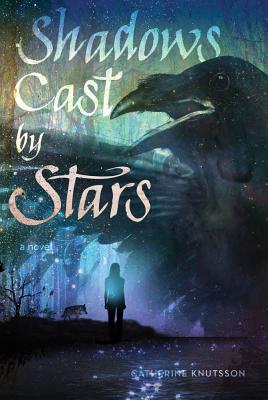 Old ways are pitted against new horrors in this compellingly crafted dystopian tale about a girl who is both healer and seer.

Two hundred years from now, blood has become the most valuable commodity on the planet—especially the blood of aboriginal peoples, for it contains antibodies that protect them from the Plague ravaging the rest of the world.
Sixteen-year-old Cassandra Mercredi might be immune to Plague, but that doesn’t mean she’s safe—government forces are searching for those of aboriginal heritage to harvest their blood. When a search threatens Cassandra and her family, they flee to the Island: a mysterious and idyllic territory protected by the Band, a group of guerilla warriors—and by an enigmatic energy barrier that keeps outsiders out and the spirit world in. And though the village healer has taken her under her wing, and the tribal leader’s son into his heart, the creatures of the spirit world are angry, and they have chosen Cassandra to be their voice and instrument....
Incorporating the traditions of the First Peoples as well as the more familiar stories of Greek mythology and Arthurian legend, Shadows Cast by Stars is a haunting, beautifully written story that breathes new life into ancient customs.

Catherine Knuttson lives on Vancouver Island, on which the fictional Island of her debut novel, Shadows Cast by Stars, is based. She divides her time among teaching, singing, and writing. Like her narrator, she is a member of the Metis nation.

"Knutsson's narrative is ambitious, twining together Pacific Northwest mythology, standard post-apocalyptic tropes and a coming-of-age story inflected with romance. Readers of Sherman Alexie's The Absolutely True Diary of a Part-Time Indian will recognize the harsh realities portrayed, albeit within the science-fictional framework. Knutsson’s language is often atmospherically beautiful.... an absorbing read populated by characters hardly ever found in teen novels."--Kirkus Reviews