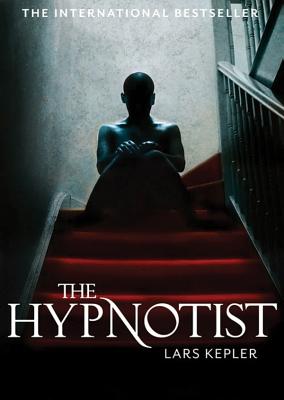 An international sensation, The Hypnotist is set to appear in thirty-seven countries, and it has landed at the top of bestseller lists wherever it's been published--in France, Holland, Germany, Spain, Italy, Denmark. Now it's America's turn. Combining the addictive power of Stieg Larsson's Millennium trilogy with the storytelling drive of The Silence of the Lambs, this adrenaline-drenched thriller is spellbinding from its very first page.

Tumba, Sweden. A triple homicide--all the victims from the same family--captivates Detective Inspector Joona Linna, who demands to investigate the grisly murders--against the wishes of the national police. The killer is at large, and it appears that the elder sister of the family escaped the carnage; it seems only a matter of time until she, too, is murdered.

But where can Linna begin? The only surviving witness is the boy whose mother, father, and little sister were killed before his eyes. Whoever committed the crimes intended for this boy to die: he has suffered more than one hundred knife wounds and lapsed into a state of shock. He's in no condition to be questioned.

Desperate for information, Linna sees one mode of recourse: hypnotism. He enlists Dr. Erik Maria Bark to mesmerize the boy, hoping to discover the killer through his eyes. It's the sort of work that Bark had sworn he would never do again--ethically dubious and psychically scarring. When he breaks his promise and hypnotizes the victim, a long and terrifying chain of events begins to unfurl.

A #1 bestselling international sensation sure to please fans of Stieg Larsson and Henning Mankell, The Hypnotist is the first novel in a series. With its pulse-pounding hooks and twists, it announces a stirring new contribution to the annals of crime fiction.