Something Happened to My Dad: A Story about Immigration and Family Separation (Hardcover) 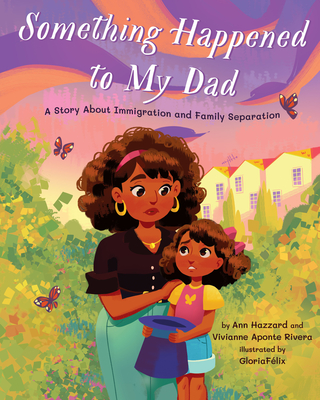 In this realistic and empowering tale, Carmen learns that through community and love, she can find strength in herself and maintain her connection with her Papi, who has been detained because of his immigration status. Also available in a Spanish edition, Algo Le Pas A Mi Pap Una Historia Sobre Inmigraci n y la Separaci n Familiar ISBN 978-1-4338-3950-4. Carmen loves doing magic with her Papi. He can make sarapes fly. He can make rabbits vanish But one day, her Papi vanishes. She is sad and scared when she learns he has been detained because he is an undocumented immigrant from Mexico. At first, Carmen's family keeps Papi's detention a secret, fearing that they might be judged negatively. As Carmen's community becomes aware of their situation, they rally around her family with love. Carmen learns she can find strength in herself and maintain her connection with Papi, no matter what happens. The Something Happened books present and explain sensitive and important events happening in communities across the United States and around the world. Told in clear, compelling stories, the books come with the authority of psychological expertise from the American Psychological Association. They include Something Happened in Our Town: A Child's Story of Racial Injustice, which is a New York Times and #1 IndieBound bestseller, and one of ALA's most banned books; Something Happened in Our Park: Standing Together After Gun Violence, which was nominated for The Goddard Riverside CBC Youth Book Prize for Social Justice; and Something Happened to My Dad: A Story About Immigration and Family Separation.