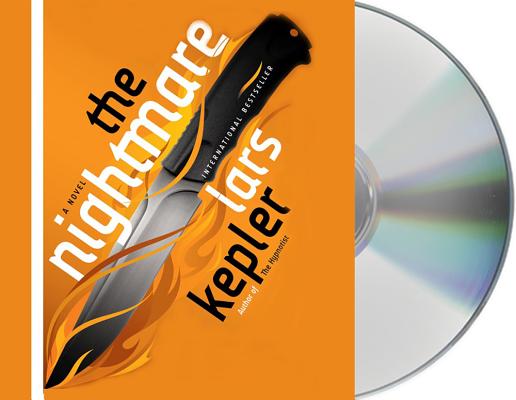 Lars Kepler returns with a piercing, bestselling sequel to The Hypnotist

After spellbinding audiences in The Hypnotist, Detective Inspector Joona Linna is back in The Nightmare, an internationally bestselling Swedish thriller published to critical acclaim in dozens of countries. As the Swedish newspaper Arbetarbladet put it, "The reader is ready to sell his own soul for the opportunity to read this book without interruption, in one sitting."

On a summer night, police recover the body of a young woman from an abandoned pleasure boat drifting around the Stockholm archipelago. Her lungs are filled with brackish water, and the forensics team is sure that she drowned. Why, then, is the pleasure boat still afloat, and why are there no traces of water on her clothes or body?

The next day, a man turns up dead in his state apartment in Stockholm, hanging from a lamp hook. All signs point to suicide, but the room has a high ceiling, and there's not a single piece of furniture around nothing to climb on.

Joona Linna begins to piece together the two mysteries, but the logistics are a mere prelude to a dizzying and dangerous course of events. At its core, the most frightening aspect of The Nightmare isn't its gruesome crimes it's the dark psychology of its characters, who show us how blind we are to our own motives.

Lars Kepler is a pseudonym for a literary couple who live and write in Sweden.

“Mark Bramhall follows his success with Kepler’s THE HYPNOTIST to envelop listeners in another thriller featuring detective Joona Linna…Bramhall is a maestro of the musical cadences of endless Swedish proper names and locations. The unfamiliar words, definite tongue-twisting challenges, are rendered perfectly, or at least perfectly believably to American ears. Bramhall orchestrates the highs and lows of both inflection and emotion, as well as tenderness and error. He carefully sorts dozens of characters with simple vocal and emotional color, including the teams of police officers. The challenges of this narration are all met – brilliantly.” AudioFile Magazine, AudioFile Earphones Award Winner

“This is a crime fiction with real depth, multifaceted characters and a relentless, pounding pace.” – BookPage