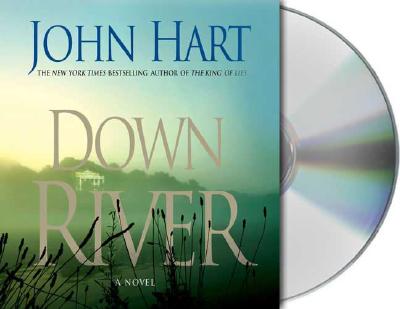 Adam Chase has spent the last five years in New York City trying to erase his worst memories and the scorn and abandonment of his family. Then a phone call from his best friend awakens in him a torrent of emotion and pain. Having left North Carolina and its red soil for good, he never thought returning would be easy but being remembered as a murderer doesn't help much. Adam is beaten, accosted, and hostilely confronted by his family, including Grace, the young woman whose abandonment torments him still.

Then people start turning up dead.

Within this small Southern town, John Hart explores the lengths to which people will go for money, family, and pure greed and whether or not forgiveness is ever attainable.

John Hart was born and raised in North Carolina. For a time he practiced criminal defense law, but left to write "The King of Lies." John used to do foolish things, like fly helicopters and sail small boats across large oceans. Now, with a loving young family, he writes books, which is harder but safer. John still makes his home in North Carolina.Scott Sowers has narrated numerous audiobooks, including books by Douglas Preston, Robert Ludlum, John Hart, and Nicholas Sparks. He was named the 2008 Best Voice in Mystery & Suspense by "AudioFile "magazine. "AudioFile "also awarded Sowers an Earphones Award for his narration of John Hart's "Down River, "writing, "[providing] a bewitching rhythm and pace, expertly capturing and elevating this story of redemption. The combination of Hart and Sowers provides the perfect marriage of prose and voice. Together they enable the book to transcend genre fiction and become something exceptional."

"Southern writer John Hart's work has a lyrical quality that Scott Sowers narrates with a growling weariness...The combination of Hart and Sowers provides the perfect marriage of prose and voice.  Together they enable the book to transcend genre fiction and become something exceptional."- AudioFile, Earphones Award Winner  “Scott Sowers delivers a solid performance reading Hart’s powerful second novel…Hart writes with an intimate sense of melancholy and loss that Sowers resonates perfectly.  Using a low-key, Southern accent to good advantage, Sowers draws the listener into the story from the very beginning with his simple, earnest delivery, and holds them tight.” - Publishers Weekly  “An ambitious debut thriller...well spun...a gripping performance.”          —People on The King of Lies

“There hasn’t been a thriller as showily literate since Scott Turow came along.” —The New York Times