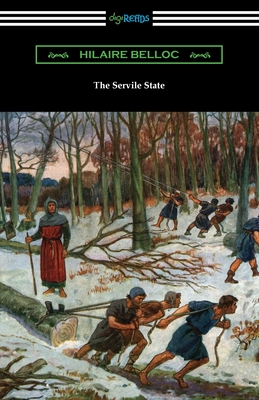 Hilaire Belloc lived a remarkably accomplished life, serving as President of the Oxford Union and as a Member of the British Parliament. The author of over 150 works, Belloc wrote numerous essays, travelogues, and volumes on history, politics, and economics. Among the best-known of his non-fiction works is "The Servile State". First published in 1912, this work is an economic history of Europe, starting in ancient times, through the middle ages, to the industrial revolution, and finally culminating in an assessment of the state of the European economy in the first part of the 20th century. Belloc begins his thesis with an examination of the impact of slavery in ancient times, serfdom in the Middle Ages, and posits his theories on how European society transitioned to its current state of capitalism. Largely a polemic against the social reforms of the early 20th century, Belloc argues that state regulation will ultimately give rise to a new type of slavery by an authoritarian state. While his predictions regarding the results of state regulation over the excesses of capitalism have proved to be radically hyperbolic, "The Servile State" remains an insightful discussion of the state of political economics in the early part of the 20th century. This edition is printed on premium acid-free paper.