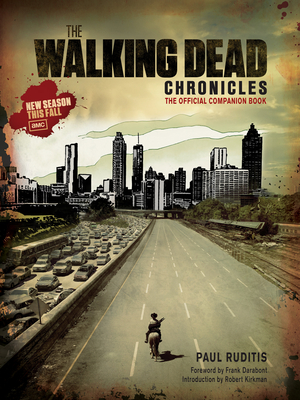 Paul Ruditis has written or contributed to over a dozen official companion books to TV shows, including Bones, Prison Break, Buffy the Vampire Slayer, and The West Wing. He also writes novels for teens and adults and is currently writer and coeditor of a comic book series based on the TV show Charmed. He lives in Burbank, California.
Frank Darabont is the Academy Award– and Golden Globe–nominated writer, director, and producer of The Shawshank Redemption and The Green Mile. He developed The Walking Dead series for AMC and serves as executive producer, writer, director, and showrunner. He lives in Los Angeles, California.

Robert Kirkman is the New York Times bestselling author and creator of The Walking Dead and Invincible. Kirkman is a partner at Image Comics, where he founded the Skybound imprint, and is also a writer for and executive producer of AMC’s The Walking Dead. He lives in Backwoods, California.