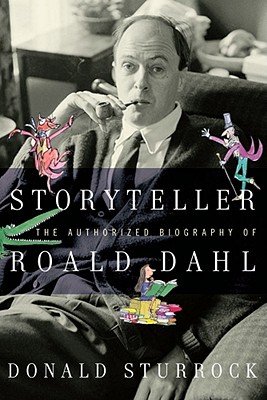 THE FIRST AUTHORIZED BIOGRAPHY OF ROALD DAHL, STORYTELLER IS A MASTERFUL, WITTY AND INCISIVE LOOK AT ONE OF THE GREATEST AUTHORS AND ECCENTRIC CHARACTERS OF THE MODERN AGE. In his lifetime Roald Dahl pushed children's literature into uncharted territory, and today his popularity around the globe continues to grow, with millions of his books sold every year. But the man behind the mesmerizing stories has remained largely an enigma. A single-minded adventurer and an eternal child who gave us the iconic Willy Wonka and Matilda Wormwood, Dahl was better known during his lifetime for his blunt opinions on taboo subjects--he was called an anti-Semite, a racist and a misogynist--than for his creative genius. His wild imagination, dark humor and linguistic elegance were less than fully appreciated by critics and readers alike until after his death. Granted unprecedented access to the Dahl estate's extraordinary archives--personal correspondence, journals and interviews with family members and famous friends--Donald Sturrock draws on a wealth of previously unpublished materials that informed Dahl's writing and his life. It was a life filled with incident, drama and adventure: from his harrowing experiences as an RAF fighter pilot and his work in wartime intelligence, to his many romances and turbulent marriage to the actress Patricia Neal, to the mental anguish caused by the death of his young daughter Olivia. Tracing a brilliant yet tempestuous ascent toward notoriety, Sturrock sheds new light on Dahl's need for controversy, his abrasive manner and his fascination for the gruesome and the macabre. A remarkable biography of one of the world's most exceptional writers, Storyteller is an intimate portrait of an intensely private man hindered by physical pain and haunted by family tragedy, and a timely reexamination of Dahl's long and complex literary career.