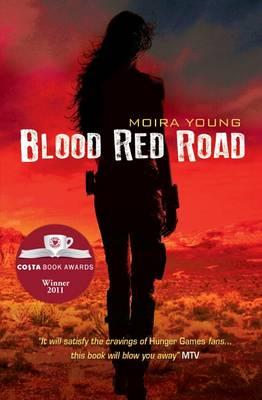 “This debut novel is a searing adventure that follows Saba, an 18-year-old girl searching for her kidnapped twin, as she travels throughout a desolate, post-apocalyptic world. Saba's journey is a blend of coming-of-age and bloody survival in a world that has lost all essence of sanity and decency. I was utterly captivated by this story of sisterly devotion, desolation, and love.”
— Heather Christman, Warwick's, La Jolla, CA

This fast-paced YA debut novel has it all: smart, savvy characters making their way through an eerily dystopian society, with all the requisite action, adventure and romance characteristic of the genre vividly and at times, chillingly, portrayed.
In a wild and lawless future, where life is cheap and survival is hard, eighteen-year-old Saba lives with her father, her twin brother Lugh, her young sister Emmi and her pet crow Nero. Theirs is a hard and lonely life. The family resides in a secluded shed, their nearest neighbour living many miles away and the lake, their only source of water and main provider of food, gradually dying from the lack of rain. But Saba's father refuses to leave the place where he buried his beloved wife, Allis, nine years ago. Allis died giving birth to Emmi, and Saba has never forgiven her sister for their mother's death.
But while she despises Emmi, Saba adores her twin brother Lugh. Golden-haired and blue-eyed, loving and good, he seems the complete opposite to dark-haired Saba, who is full of anger and driven by a ruthless survival instinct. To Saba, Lugh is her light and she is his shadow, he is the day, she is the nighttime, he is beautiful, she is ugly, he is good, she is bad.
So Saba's small world is brutally torn apart, when a group of armed riders arrives five day's after the twin's eighteenth birthday snatch Lugh away. Saba's rage is so wild, that she manages to drive the men away, but not before they have captured Lugh and killed their father.
And here begins Saba's epic quest to rescue Lugh, during which she is tested by trials she could not have imagined, and one that takes the reader on breathtaking ride full or romance, physical adventure and unforgettably vivid characters, making this a truly sensational YA debut novel.

"From the Hardcover edition."

MOIRA YOUNG was born in New Westminster, BC, where she attended the University of British Columbia before heading to the UK to study drama. After a few years of performing on the alternative comedy circuit and tap-dancing on a West End stage, Young returned to Vancouver where she successfully trained as an opera singer. Returning to the UK, she sang in some of London's most prestigious venues. Young has now returned to her first love - writing - with her debut novel, Blood Red Road. Moira Young lives in Bath, England with her husband. "From the Hardcover edition."