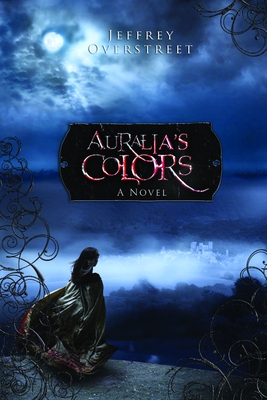 By Jeffrey Overstreet
$21.99
Out of stock, usually available in 1-5 days

This is book number 1 in the The Auralia Thread series.

When thieves find an abandoned child lying in a monster’s footprint, they have no idea that their wilderness discovery will change the course of history.

Cloaked in mystery, Auralia grows up among criminals outside the walls of House Abascar, where vicious beastmen lurk in shadow. There, she discovers an unsettling--and forbidden--talent for crafting colors that enchant all who behold them, including Abascar’s hard-hearted king, an exiled wizard, and a prince who keeps dangerous secrets. When Auralia’s gift opens doors from the palace to the dungeons, she sets the stage for violent and miraculous change in the great houses of the Expanse.

Jeffrey Overstreet is the author of three previous books in The Auralia Thread fantasy series. Publisher’s Weekly called Auralia’s Colors a story “precise and beautiful… masterfully told,” and it was a dual finalist for a Christy Award. An award-winning film reviewer, he has written a moviegoer’s memoir, Through a Screen Darkly, and contributes regularly to Image and other journals. He lives in Shoreline, Washington and works at Seattle Pacific University.

Publishers Weekly (Review, 7/16)
Film critic and author Overstreet (Through a Screen Darkly) offers a powerful myth for his first foray into fiction. The kingdom of Abascar is cloaked in gloom, sentenced to an ongoing “wintering” by a jealous queen, in which colors have been done away with and are only allowed in the royal court. But young Auralia, found as a baby by the river and raised by outcasts, has a talent for finding colors everywhere and bringing them to life in a way no one has ever seen before. The fate of the kingdom rests on what Auralia chooses to do and how the king responds. Overstreet creates a world with not only its own geography but its own vocabulary — it is haunted by beastmen, home to cloudgrasper trees, vawns (something like dinosaurs) and twister fish. ... Overstreet’s writing is precise and beautiful, and the story is masterfully told. Readers will be hungry for the next installment.


“Through word, image, and color Jeffrey Overstreet has crafted a work of art. From first to final page this original fantasy is sure to draw readers in. Auralia's Colors sparkles.”
–Janet Lee Carey, award-winning author of The Beast of Noor and Dragon's Keep


“Jeffrey Overstreet’s first fantasy, Auralia’s Colors, and its heroine’s cloak of wonders take their power from a vision of art that is auroral, looking to the return of beauty, and that intends to restore spirit and and mystery to the world. The book achieves its ends by the creation of a rich, complex universe and a series of dramatic, explosive events.”
–Marly Youmans, author of Ingledove and The Curse of the Raven Mocker


“In Auralia’s Colors, Overstreet masterfully extends the borders of imagination. Whereas so many writers sacrifice characterization for plot or substitute weirdness for substance, Overstreet does neither. His characters are richly crafted but still recognizably human, and therefore, inhabitable. This story is wild and intricate tale, a high-octane full-throttle fantasy. Fasten your seat belts.”
–Gina Ochsner, author of The Necessary Grace to Fall and People I Wanted to Be


“The late John Gardner said that a good story should unfold like a vivid and continuous dream. With Auralia's Colors, Jeffrey Overstreet has crafted just such a story, one that will leave readers ready to dream with him again.”
–John Wilson, Editor, Books & Culture


“Jeffrey Overstreet weaves myth and reality, hope and loss into his tapestry, and he ties off The Red Strand with a cataclysmic flourish.”
–Kathy Tyers, author of the Firebird trilogy and Shivering World


“Welcome to the land of the fangbear, the muckmoth, and the Midnight Swindler. To a story brimming with lovely literary rewards and a cast of characters by turn loathsome and hilarious, winsome and mysterious. It’s not often one gets to be present at the birth of a classic, but Auralia’s Colors is that kind of storytelling. A true delight on so many levels.”
–Clint Kelly, author of the Sensations Series: Scent, Echo, and Delicacy


“In this new fantasy novel Auralia’s Colors, Jeff Overstreet weaves together a wide cast of compelling characters and an intriguing story in the setting of a world both imaginative and arresting–a world phantastic in both old and new meanings of that word.  Readers will care what happens both to the characters of the tale (all of them) as well as to the realm of Abascar itself, and will not want to put this book down.”
–Matthew Dickerson, co-author of From Homer to Harry Potter: a Handbook of Myth and Fantasy and Ents, Elves, and Eriador: the Environmental Vision of J.R.R.Tolkien