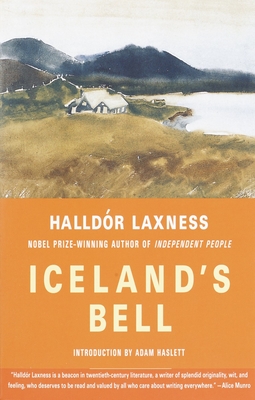 By Halldor Laxness, Philip Roughton (Translated by)
$17.00
Unavailable at this time.

From the acclaimed Nobel Prize winner: At the close of the 17th century, Iceland is an oppressed Danish colony, suffering under extreme poverty, famine, and plague. A farmer and accused cord-thief named Jon Hreggvidsson makes a bawdy joke about the Danish king and soon after finds himself a fugitive charged with the murder of the king’s hangman.

In the years that follow, the hapless but resilient rogue Hreggvidsson becomes a pawn entangled in political and personal conflicts playing out on a far grander scale. Chief among these is the star-crossed love affair between Snaefridur, known as “Iceland’s Sun,” a beautiful, headstrong young noblewoman, and Arnas Arnaeus, the king’s antiquarian, an aristocrat whose worldly manner conceals a fierce devotion to his downtrodden countrymen. As their personal struggle plays itself out on an international stage, Laxness creates a Dickensian canvas of heroism and venality, violence and tragedy, charged with narrative enchantment on every page.

Sometimes grim, sometimes uproarious, and always captivating, Iceland's Ball is at once an updating of the traditional Icelandic saga and a caustic social satire.

Halldór Laxness was born near Reykjavik, Iceland, in 1902. His first novel was published when he was seventeen. The undisputed master of contemporary Icelandic fiction, and one of the outstanding novelists of the century, he has written more than 60 books, including novels, short stories, essays, poems, plays, and memoirs. In 1955 he was awarded the Nobel Prize for Literature. He died in 1998.

“Laxness is a poet who writes to the edge of the pages, a visionary who allows us a plot: He takes a Tolstoyan overview, he weaves in an Evelyn Waugh-like humor; it is not possible to be unimpressed.” –Daily Telegraph