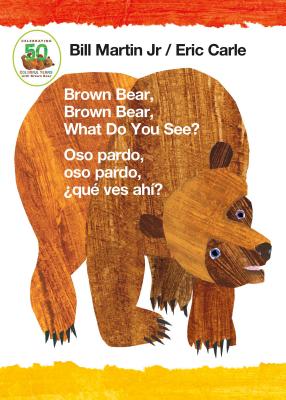 A big happy frog, a plump purple cat, a handsome blue horse, and a soft yellow duck-- all parade across the pages of this delightful bilingual edition of Brown Bear, Brown Bear, What do you See? (Oso pardo, oso parado, que ves ¿qué ves ahí?).