The Secret History of Twin Peaks: A Novel (Hardcover) 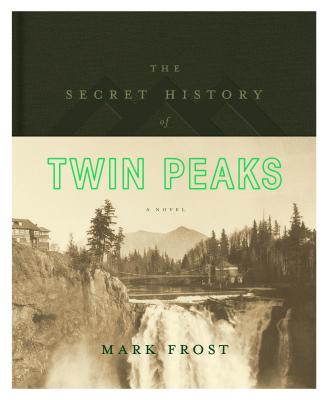 Twin Peaks is back in 2017! Are you excited?! Because I'm excited. Written in preparation for the new series by Twin Peaks co-creator/writer Mark Frost, The Secret History of Twin Peaks is a compilation of notes, photos, and other paraphernalia related to the death of Laura Palmer. This book balances what we know from the original series with new information intended for the upcoming release. The Secret History of Twin Peaks is the perfect reintroduction to a cult classic. The ideal holiday pick for a Twin Peaks/David Lynch fan not so patiently awaiting the release of the show. And if you haven't watched Twin Peaks yet...it's time.

From the co-creator of the landmark series Twin Peaks, the story millions of fans have been waiting to get their hands on for more than 25 long years.

The Secret History of Twin Peaks by Mark Frost enlarges the world of the original series, placing the unexplained phenomena that unfolded there into a vastly layered, wide-ranging history, beginning with the journals of Lewis and Clark and ending with the shocking events that closed the finale. The perfect way to get in the mood for the Showtime series, Twin Peaks: The Return.

"More than 25 years after Laura Palmer was found wrapped in plastic, Twin Peaks co-creator Mark Frost returns to the Pacific Northwest with a new novel structured as a secret dossier. Assembled by a mysterious “archivist” and annotated by an FBI agent known only as TP, this enigmatic collection includes undiscovered Lewis and Clark diary entries, UFO sightings, and personal journals of Twin Peaks residents. Plus, Frost (finally!) tackles unanswered questions from the show’s finale". - Entertainment Weekly