Home Baked: My Mom, Marijuana, and the Stoning of San Francisco (MP3 CD) 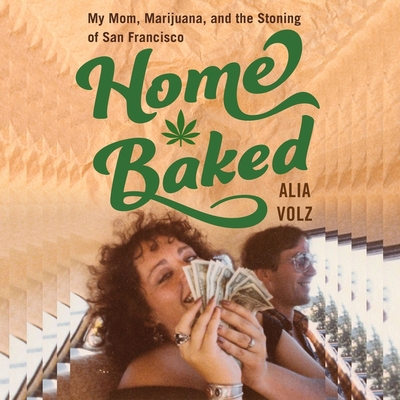 A blazingly funny, heartfelt memoir from the daughter of the larger-than-life woman who ran Sticky Fingers Brownies, an underground bakery that distributed thousands of marijuana brownies per month and helped provide medical marijuana to AIDS patients in San Francisco--for fans of Armistead Maupin and Patricia Lockwood

During the '70s in San Francisco, Alia's mother ran the underground Sticky Fingers Brownies, delivering upwards of 10,000 illegal marijuana edibles per month throughout the circus-like atmosphere of a city in the throes of major change. She exchanged psychic readings with Alia's future father, and thereafter had a partner in business and life.

Decades before cannabusiness went mainstream, when marijuana was as illicit as heroin, they ingeniously hid themselves in plain sight, parading through town--and through the scenes and upheavals of the day, from Gay Liberation to the tragedy of the Peoples Temple--in bright and elaborate outfits, the goods wrapped in hand-designed packaging and tucked into Alia's stroller. But the stars were not aligned forever and, after leaving the city and a shoulda-seen-it-coming divorce, Alia and her mom returned to San Francisco in the mid-80s, this time using Sticky Fingers' distribution channels to provide medical marijuana to friends and former customers now suffering the depredations of AIDS.