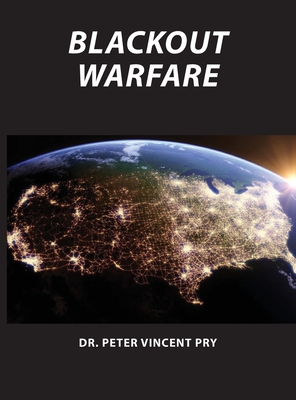 "Blackout Warfare" is the term used in this report to describe a revolutionary new way of warfare planned by Russia, China, North Korea, and Iran that is still little understood in the United States, but poses an imminent and existential threat to Western Civilization. These potential adversaries plan to use cyber-attacks, sabotage, and electromagnetic pulse (EMP) weapons in combination to blackout national electric grids to achieve quick and decisive victory. Blackout Warfare that paralyzes the U.S. electric grid and other life-sustaining critical infrastructures--communications, transportation, natural gas and petroleum, business and industry, food and water infrastructures, and the military--could kill most Americans. The EMP Commission estimates up to 90% of the U.S. population could die from a nationwide blackout lasting one year. The military would be paralyzed by a nationwide blackout, as CONUS military bases depend for 99% of their electricity upon the civilian electric grid. For the first time in the West, this report fights back against looming catastrophe by thinking about and planning for Blackout Warfare the way our potential adversaries do.