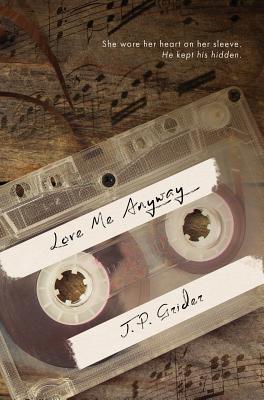 Tia Mercury was a freshman in high school and had her first serious crush - on a senior who wouldn't touch her. At least not until she turned eighteen.

Clinton Daniels was not your everyday teenage boy, and because his tougher-than-nails father wouldn't let him forget it, Clinton became a loner. And learned to distrust everyone.

Until he met Tia. She was sweet, she was funny, and she knew nothing about good music. It was the nineteen-eighties for goodness sake - time to turn off that AM radio crap.

So, while Tia drooled over Clinton, he was busy making her mix-tapes. She was falling in love. He was ignoring his heart.

See, Clinton had a secret. But sharing it could cost him their friendship, and he was not willing to risk losing the only person he ever loved.

Love Me Anyway is a serious story that spans a decade. A tale about unconditional love and what two people are willing to look past to prove that love.