Wandering Close to Home: A Gay Son and His Feminist Mother's Journey to Transform Themselves and Their Family (Paperback) 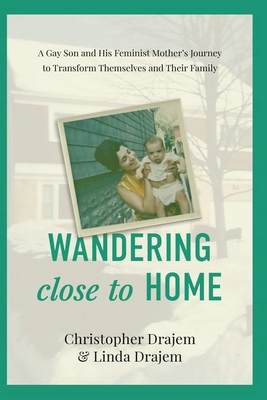 Linda Drajem grew up in the 1950's in Buffalo, New York, the oldest child in a Catholic working-class family. She married her high school sweetheart, got pregnant, and watched from the sidelines as women burned their bras and demanded equal rights. But the role of a stay-at-home mom wasn't as fulfilling as he was led to believe it would be.Linda's second son Christopher was born in 1968, one year before the Stonewall riots kick-started the modern gay rights movement. He attended Catholic schools, served as an altar boy at mass on Sundays, and had a secret that he was sure would send him to hell for all eternity: he was gay.This book charts the path Christopher and Linda traveled as they realized that the life they were born into just didn't quite fit. It maps the tentative steps taken by both mother and son to move away from societal, religious and family expectations. Along the way there was challenge and heartache, joy and celebration, and the thrill and exhaustion of parenting. At the end of the day, they forged a path that brought personal satisfaction, a uniquely modern family, and all the comfort of home.