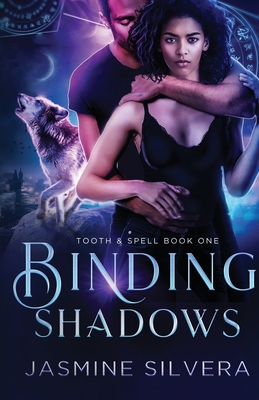 By Jasmine Silvera
$14.00
On our shelves now at one or more of our stores

There are two rules: find a way to use your magic and never reveal it to anyone.

Hunting lost books is more than a job; it's a way for Barbara to hide her powers in the mundane world of the university library. One misstep and she risks exposure to ruthless necromancers willing to destroy anything supernatural they cannot control. But the prickly new professor in charge of her latest assignment proves more than he seems, and rules are no match for her growing fascination.

After years of battling to cage the beast within him, Tobias returns to Prague and the safety of his pack of brothers. But keeping his family safe means never revealing his dual nature, not even to the irresistible research assistant with a nose for rare books.

When an enchanted book triggers unpredictable surges in Barbara's magic, unleashing his beast may be their only defense against the malevolent spell buried in its pages. Now, a 400-year-old witch's revenge threatens to reveal everything they've concealed. Trapped between a witch and a necromancer, Barbara and Tobias must choose: embrace the powers that could expose them or allow their secrets to destroy them.

Binding Shadows is the first book in the Tooth & Spell trilogy. It takes place in the same world as the Grace Bloods and can be read as a standalone.