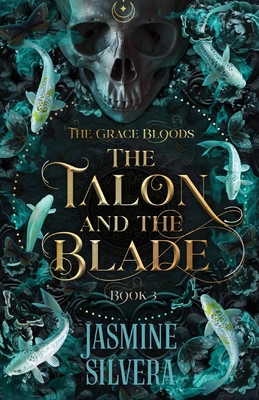 This is book number 3 in the Grace Bloods series.

The Black Blade of Azrael has met his match.

Gregor Schwarz has spent two hundred years earning his reputation as the Necromancer Azrael's pitiless enforcer. There are few people, living or dead, who would dare get in his way. But when fulfilling a debt on Azrael's behalf takes him back to the US for the first time since the Revolutionary War, he meets the one woman not the least bit concerned about staying on his good side.

She is the Nightfeather's Talons.

Trained by samurai and honed by vengeance, Ana Gozen is judge, jury and executioner for the necromancer of North America, Raymond Nightfeather. She doesn't need help especially from a trigger-happy immortal with a reputation for lunacy.

But when the hunt for a monster reveals a plot to overthrow her boss an alliance may be the only thing capable of preventing total chaos. If they can reconcile their differences, and the pain of their pasts in time, they might just have a future.