The Pull of It (Paperback) 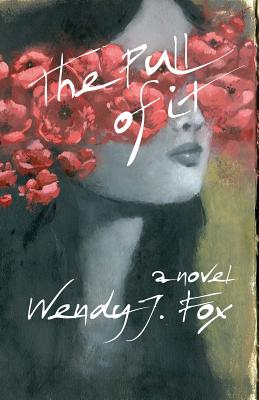 Laura Clarey is unemployed and frustrated when her husband proposes a deal: take a solo vacation to recharge. When she accepts, this wife and mother of one has no way of knowing how it will upend her life; away from her family, she must face the failures of her marriage, the people of her past, and the decisions she has made that haunt her. It is not the first time Laura has run, and as she embarks on her holiday to Turkey, she is emboldened so much that she skips her flight home and boards a bus to the interior of the country, where she will stay for another six months. She tries to keep a tenuous hold on her daughter through phone calls and postcards, and she tries to negotiate with her husband the best she can while forging friendships with Yasemin who Laura finds a job with at a struggling hotel and Paul an expat who she has too much in common with both of whom have made a few deals of their own. As she navigates an unfamiliar landscape and language, Laura works to join what she wants to what she is living, until an accident forces her back to Seattle where she finally must confront the realities of her marriage, including what it means to her to have home and family. REVIEWS "Wendy J. Fox's tough, wise novel tells a poignant story of one woman's struggle to tame the contradictions of family and freedom, habit and impulse, obligation and desire. The Pull of It walks a wire of exquisite tension between the things that pull us home and those that pull us away." -Shawn Vestal, author of Daredevils "Wendy J. Fox tells the story of a woman's sudden escape from her familial life and responsibilities with such attention to the nuances and prickles that it's impossible to look away. The language is crackling-there are so many sentences that get down to the tiniest particles of love and loss, as well as the mute rage of domestic life. There are wonderful notions here about the transcendent aspects of friendship and true presence, especially within the generous arms of another culture; how we are sometimes set adrift by our own conventions, only to be rescued in unknown territories by unexpected allies. The Pull of It is a fascinating, gorgeously written story of what it means to finally find home." -Maria Mutch, author of Know the Night "The Pull of It sneaks up on you. The emotional geography is not uncommon, but the trek through it is anything but ordinary. Wendy J. Fox's understanding of each hill and the wisdom with which she renders the journey makes her book fresh country indeed. Fox's language engages; her insights into how we work, why the trail turns, why the hills wear us down, and how we love despite the long walk is remarkable." -Bruce Holbert, author of The Hour of Lead "The narrator of The Pull of It cannot quiet herself. This "pull" to find agency, to follow her intuition, leads her into situations those who care about her don't understand, situations even we as readers are uncomfortable accepting. Yet, Fox's vision underscores the ways in which women are repeatedly defined by the cultures in which they live and asks us to question our assumptions about what it means to be female." -Polly Buckingham, author of The Expense of a View ABOUT WENDY J. FOX WENDY J. FOX was raised in rural Washington state, and lived in Turkey in the early 2000s. She holds an MFA from The Inland Northwest Center for Writers and is a frequent contributor to literary magazines and blogs. Her debut collection The Seven Stages of Anger and Other Stories won Press 53's 2014 competition for short fiction. She currently resides in Denver, where she is at work on a second novel.

WENDY J. FOX was raised in rural Washington state, and lived in Turkey in the early 2000s. She holds an MFA from The Inland Northwest Center for Writers and is a frequent contributor to literary magazines and blogs. Her debut collection The Seven Stages of Anger and Other Stories won Press 53's 2014 competition for short fiction. She currently resides in Denver, where she is at work on a second novel.