Running Through A Dark Place (Paperback) 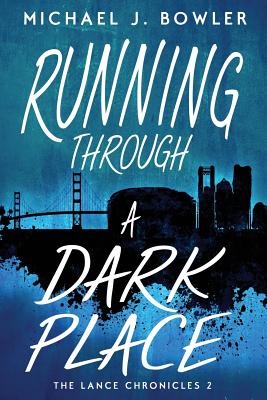 In Children of the Knight, Lance and Arthur created a New Camelot of Knights in Los Angeles by using might for right. They rallied the populace to take charge of their communities, while simultaneously putting the detached politicians in check. Now, despite what appears to be the loss of their First Knight, the young activists--joined by a significant new recruit named Ricky--must find a way to move forward.

Their new goal is lofty: give adult rights to kids fourteen and older who are only considered "adults" when they break the law. The crusade seeks to provide teenagers with rights that make a difference in the real world: voting, driving, trading high school for work, and sitting as jurors for peers charged with criminal behavior.

The adults of California balk at giving such power to youth, and the road ahead is anything but clear. However, before Arthur can fully contemplate these matters, he finds himself face-to-face with an ally from the past--one who proves that things aren't always what they seem, especially for the fallen Lance.

Michael J. Bowler is an award-winning author of four novels--A Boy and His Dragon, A Matter of Time, Children of the Knight, and Running Through A Dark Place--who grew up in San Rafael, California. He majored in English and Theatre at Santa Clara University and earned a master's in film production from Loyola Marymount University, a teaching credential in English from LMU, and another master's in Special Education from Cal State University Dominguez Hills. He partnered with two friends as producer, writer, and/or director on several ultra-low-budget horror films, including "Fatal Images," "Club Dead," and "Things II," the reviews of which are much more fun than the actual movies. He taught high school in Hawthorne, California for twenty-five years, both in general education and to students with learning disabilities, in subjects ranging from English and Strength Training to Algebra, Biology, and Yearbook. He has also been a volunteer Big Brother to seven different boys with the Catholic Big Brothers Big Sisters program and a thirty-year volunteer within the juvenile justice system in Los Angeles. He is a passionate advocate for the fair treatment of children and teens in California, something that is sorely lacking in this state. He has been honored as Probation Volunteer of the Year, YMCA Volunteer of the Year, California Big Brother of the Year, and 2000 National Big Brother of the Year. The "National" honor allowed he and three of his Little Brothers to visit the White House and meet the president in the Oval Office. He has already written the three continuations of The Knight Cycle and all will be released in 2014. He is currently at work on a new novel. You can find him at: www.michaeljbowler.com FB: michaeljbowlerauthor Twitter: BradleyWallaceM Blog: www.sirlancesays.wordpress.com tumblr: http: //michaeljbowler.tumblr.com/ Instagram: STUNTSHARK