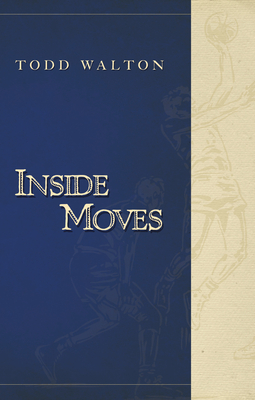 By Todd Walton, Sherman Alexie (Introduction by)
$16.00
Unavailable at this time.

Sherman Alexie said that this was one of the greatest sports novels ever written and I would have to agree. This is a great story of basketball and friendship in the run down streets of San Francisco.

Jerry Maxwell and his good friend Roary are both handicapped. They divide their time between Max's bar in San Francisco and the bleachers of the Oakland Sports Complex to cheer on the Golden State Warriors. Together the two set out to make Jerry's dream of playing professional basketball a reality.

Inside Moves is an off–beat, exuberant and extremely emotional novel focusing on the bonds of friendship between two men brought together by physical and psychological challenges, and their dreams of creating more meaningful lives for themselves and their friends. Often classified as a sports novel, basketball is merely the backdrop to this human comedy of love and sorrow and the healing powers of friendship and community.

Released to wide critical acclaim by Doubleday in 1978, Inside Moves went on to sell over 160,000 copies through numerous printings. A motion picture of Inside Moves was released in 1980, directed by Richard Donner with a screenplay by Barry Levinson and Valerie Curtin.

Todd Walton is a fiction writer, essayist, playwright, and musician. Following the success of Inside Moves in 1978, he published six more books with major publishers before establishing his own company Under the Table Books. His collection of short stories Buddha In A Teacup has won several independent publishing awards. His music CDs include Mystery Inventions and 43 short Piano Improvisations. Todd lives in Mendocino, California where he writes for the Anderson Valley Advertiser and shoots hoops at the local junior high.