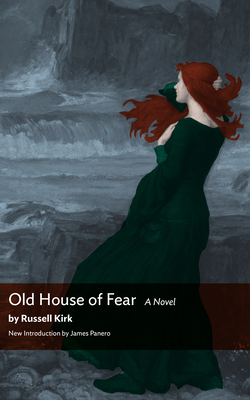 By Russell Kirk, James Panero (Introduction by)
$19.00
On our shelves now:

A founding father of the American conservative movement, Russell Kirk (1918-94) was also a renowned and bestselling writer of fiction. Kirk's focus was the ghost story, or "ghostly tale" - a "decayed art" of which he considered himself a "last remaining master." Old House of Fear, Kirk's first novel, revealed this mastery at work. Its 1961 publication was a sensation, outselling all of Kirk's other books combined, including The Conservative Mind, his iconic study of American conservative thought. A native of Michigan, Kirk set Old House of Fear in the haunted isles of the Outer Hebrides, drawing on his time in Scotland as the first American to earn a doctorate of letters from the University of St. Andrews. The story concerns Hugh Logan, an attorney sent by an aging American industrialist to Carnglass to purchase his ancestral island and its castle called the Old House of Fear. On the island, Logan meets Mary MacAskival, a red-haired ing nue and love interest, and the two face off against Dr. Edmund Jackman, a mystic who has the island under his own mysterious control. This new edition features an introduction by James Panero, Executive Editor of The New Criterion.

Russell Kirk was the apostle of "permanent things." His book The Conservative Mind, published in 1953, was the rallying point for the renewal of a long-dormant spirit of serious attention to the founding moral, religious, social, and political principles animating the ideal of ordered liberty, especially in its flowering in the grand American experiment in self-governance. He was also an award-winning writer of Gothic fiction and is widely acknowledged to be one of the principal revivers of that genre. His relevance to our age remains immediate and exigent in his understanding of American identity and its conservative foundations. James Panero is the Executive Editor of The New Criterion.