A Fast Life: The Collected Poems of Tim Dlugos (Paperback) 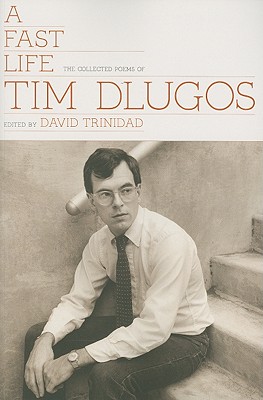 A contemporary of Joe Brainard and Eileen Myles, Dlugos was a defining voice in queer and AIDS literature in the 80s at the height of the AIDS crisis, the disease ultimately claiming him far too soon. His ability to stare down his own mortality and his country’s failure to take the reins of the growing epidemic while never losing his signature irreverance defines his legacy but each poem is a marvel of its own.

Poetry. LGBT Studies. Edited by David Trinidad. A FAST LIFE establishes Tim Dlugos--the witty and innovative poet at the heart of the New York literary scene in the late 1970s and 1980s and seminal poet of the AIDS epidemic--as one of the most distinctive and energetic poets of our time. This definitive volume contains all of the poems Dlugos published in his lifetime, a wealth of previously unpublished poems, and an informative introduction, chronology, and notes assembled by the volume's editor, poet David Trinidad. "The Frank O'Hara of his generation"--Ted Berrigan.

Born in 1950, TIM DLUGOS was involved in the Mass Transit poetry scene in Washington, D.C., and later, in New York City, in the downtown literary scene. His books include Entre Nous, Strong Place, and Powerless. Dlugos died of AIDS at the age of forty. DAVID TRINIDAD's most recent collection of poetry is the The Late Show. He teaches at Columbia College in Chicago.