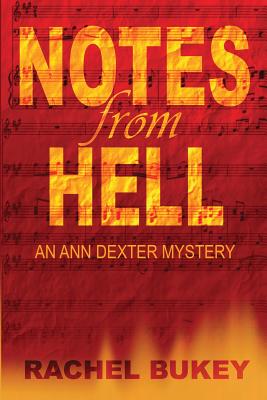 By Rachel Bukey
$14.99
Unavailable at this time.

When Seattle Times reporter Ann Dexter scores an interview with Franco Albanese, rock star of the modern opera world, she is thrilled. Don Giovanni in art, Don Juan in life, this charismatic man easily charms all women he meets, including Ann. But when Franco is kidnapped and Ann is contacted by the kidnapper who wants her to publish the truth about Franco, she launches her own investigation into his past exploits. Ann interviews a cast of characters from Franco's life including former lovers, a jealous husband and a young opera singer whose star is on the rise.

Armed with new information and determined to rescue Franco, Ann puts herself in danger and must use her wits to deal with an adversary whose grasp on reality evaporates almost as quickly as Ann's strategies to escape. In a thrilling climax, Ann gets one chance to free the opera singer from his hellish imprisonment. Will she take it?

Notes from Hell is a carefully crafted mystery of intrigue and suspense, packed with operatic drama and passion.