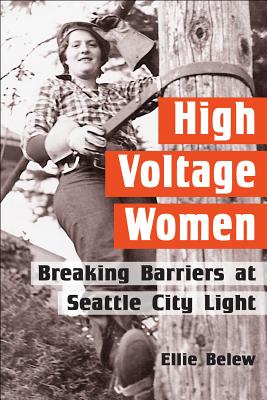 By Ellie Belew
$20.00
On our shelves now at one or more of our stores

Literary Nonfiction. Women's Studies. The gripping story of a multi-racial group of women who put their bodies on the line to gain a foothold in the male and largely white electrical trades at Seattle's publicly owned utility in the 1970s. Female pioneers implemented affirmative action in the face of life-threatening sexism and racism. Some saw the trades as just a means to a better paycheck. But other participants sought to build alliances with men of color, white male union members, and office staff to change the culture of discrimination at City Light and in the International Brotherhood of Electrical Workers, Local 77. This book recounts 25 years of workplace activism, draws the connections between Seattle's feminist, civil rights and labor movements, and shows the record of city politicians on affirmative action and job justice issues. Includes photos, index, timeline, and reference notes.