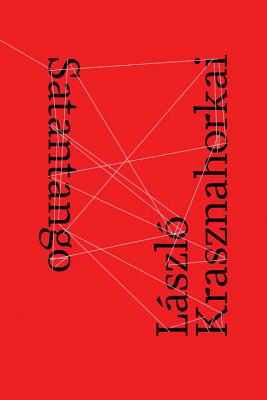 By László Krasznahorkai, George Szirtes (Translated by)
$15.95
On our shelves now at one or more of our stores

From the winner of the 2015 Man Booker International Prize

A dark, haunting masterpiece by the author of The Melancholy of Resistance and Seiobo There Below

Now in paperback, Satantango, the novel that inspired Béla Tarr’s classic film, is proof that the devil has all the good times. Set in an isolated hamlet, the novel unfolds over the course of a few rain-soaked days. Only a dozen inhabitants remain in the bleak village, rank with the stench of failed schemes, betrayals, failure, infidelity, sudden hopes, and aborted dreams. “Their world,” in the words of the renowned translator George Szirtes is “rough and ready, lost somewhere between the cosmic and tragic, in one small insignificant corner of the cosmos. Theirs is the dance of death.” Into this world comes, it seems, a messiah…

George Szirtes (b. 1948) is an award-winning poet and translator who settled in England after his family fled the Hungarian Uprising of 1956.

He offers us stories that are relentlessly generative and defiantly irresolvable. They are haunting, pleasantly weird, and, ultimately, bigger than the worlds they inhabit.

The excitement of Krasznahorkai's writing is that he has come up with his own original forms - and one of the most haunting is his first, Satantango. There is nothing else like it in contemporary literature.

Satantango is a monster of a novel: compact, cleverly constructed, often exhilarating, and possessed of a distinctive, compelling vision - but a monster nonetheless...The grandeur is clearly palpable.


Krasznahorkai is alone among European novelists now in his intensity and originality. One of the most mysterious artists now at work.
— Colm Tóibín

His inexhaustible yet claustrophobic prose, with its long, tight, weaving sentences, each like a tantalising tightrope between banality and apocalypse, places the author in a European tradition of Beckett, Bernhard, and Kafka.
— James Hopkin