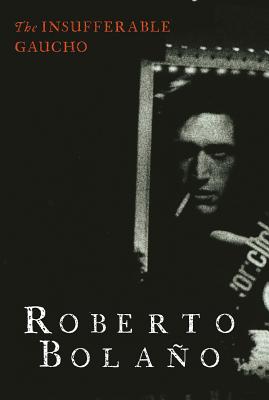 By Roberto Bolaño, Chris Andrews (Translated by)
Unavailable at this time.
Unavailable

Fantastic, of course, as everything Bolano touched was. These stories are a shining example of his "infrarealista" style, blending hack surrealism, comically absurd pastiche, Marxist wanderings, and underground Latin American literary flashes: a cop rat woo's Kafka's Josephine, a Borges-wannabe Chilean millionaire retires to the pampas where he takes up hunting rabbits, etc. A must read from the master of Chilean literature.

These five astonishing stories, along with two compelling essays, show Bolano as a magician, pulling bloodthirsty rabbits out of his hat.

The stories in The Insufferable Gaucho — unpredictable and daring, highly controlled yet somehow haywire — might concern a stalwart rat police detective investigating terrible rodent crimes, or an elusive plagiarist, or an elderly Argentine lawyer giving up city life for an improbable return to the familye state on the Pampas, now gone to wrack and ruin. These five astonishing stories, along with two compelling essays, show Bolano as a magician, pulling bloodthirsty rabbits out of his hat.

Author of 2666 and many other acclaimed works, Roberto Bolano (1953-2003) was born in Santiago, Chile, and later lived in Mexico, Paris, and Spain. He has been acclaimed “by far the most exciting writer to come from south of the Rio Grande in a long time” (Ilan Stavans, The Los Angeles Times),” and as “the real thing and the rarest” (Susan Sontag). Among his many prizes are the extremely prestigious Herralde de Novela Award and the Premio Rómulo Gallegos. He was widely considered to be the greatest Latin American writer of his generation. He wrote nine novels, two story collections, and five books of poetry, before dying in July 2003 at the age of 50.

The poet Chris Andrews teaches at the University of Western Sydney, Australia, where he is a member of the Writing and Society Research Centre. He has translated books by Roberto Bolano and César Aira for New Directions. He has won the Anthony Hecht Poetry Prize for his poetry and the Valle-Inclan Prize for his translations.