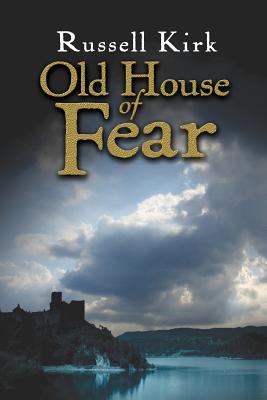 By Russell Kirk
Email or call for price.
Unavailable at this time.

This novel was "retro" when it was first published - 50 years ago. A homage to the Gothic adventure tales of the 19th century, Kirk's novel provides an intricately-plotted and atmospheric background against which his - by contrast - brash, lively characters stand out vividly, much like the ancient Scottish castle of the title looming over its isolated and ominous isle.

Attorney Hugh Logan leaves Canada for Scotland to negotiate the purchase of Carnglass Island and the castle Old House of Fear for his employer, Duncan MacAskival. Logan is continually thwarted and threatened on his journey. But no matter how bad his travels, his arrival onto the island brings much worse trouble. Carnglass is under the control of evil genius Dr. Edmund Jackman, a Soviet-educated political revolutionary convinced that Logan is a spy who must die. Will Jackman's plot be thwarted? Will Logan be able to rescue the lovely niece of the noble owner of Old House? Will anyone get off the island alive? Debuting in the 1960s, Old House of Fear was Russell Kirk's most popular book, selling more than all his other books combined. Yet this Gothic tale is more than just a fascinating work of fiction. As in all of Kirk's stories, a deeper meaning emerges -- in this case, a satirization of Marxism and liberalism -- demonstrating the acute sense of the moral that sets Kirk apart from other genre writers.