The Unknown Night: The Genius and Madness of R.A. Blakelock, an American Painter (Paperback) 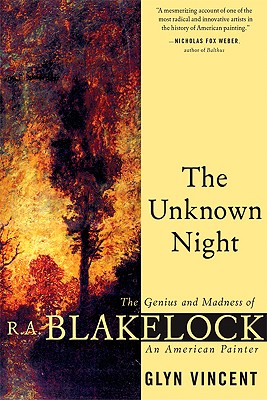 On February 22, 1916, Ralph Albert Blakelock's haunting landscape Brook by Moonlight was sold at auction for $20,000, a record price for a painting by a living American artist. The sale made him famous, newspapers called him America's greatest artist, and thousands flocked to exhibits of his work. Yet at the time of his triumph Blakelock had spent fifteen years confined in a psychiatric hospital in upstate New York while his wife and children lived in poverty. Released from the asylum under the aegis of a young philanthropist, Blakelock was about to become the victim of one of the most heartless con games of the century. This remarkable biography chronicles the life, times, and madness of one of America's most celebrated and exploited painters whose brooding, hallucinogenic landscapes anticipated Abstract Expressionism by more than half a century. Like the best biographies, The Unknown Night brings to life a vanished world, the late-nineteenth- and early-twentieth-century New York--a city of artists' studios and spiritualists' salons, shantytowns, and millionaires' mansions.