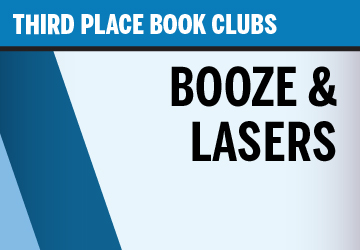 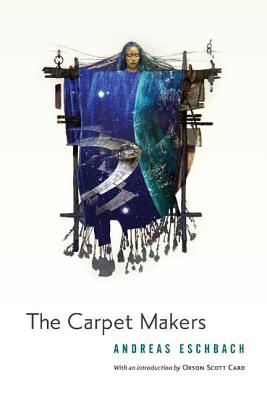 Since the time of pre-history, carpetmakers tie intricate knots to form carpets for the court of the Emperor. These carpets are made from the hairs of wives and daughters; they are so detailed and fragile that each carpetmaker finishes only one single carpet in his entire lifetime.

This art descends from father to son, since the beginning of time itself.

But one day the empire of the God Emperor vanishes, and strangers begin to arrive from the stars to follow the trace of the hair carpets. What these strangers discover is beyond all belief, more than anything they could have ever imagined...

Andreas Eschbach was born 1959 in Ulm, Germany. In 1996, his first novel, Die Haarteppichknüpfer (The Hair Carpet Makers), won one of the highest awards of German science fiction, the SFCD-Literaturpreis. His second novel, Solarstation, won the other great German science fiction award, the Kurd Laßwitz Preis. His third novel, Jesus Video, won both of them, became a nationwide bestseller in 2000, and was turned into a movie in 2002.

His first translation into another language was in 1998, when Die Haarteppichknüpfer was published in France as Des milliards des tapis de cheveux. It was not only the first German science fiction novel to be published in France after 18 years, it also won two literary prizes in France and Belgium. Several novels and short stories have been translated since then, into French, Italian, Czech, Japanese, Russian, and Turkish.

Eschbach currently lives on the French Atlantic coast with his family.

“Eschbach's first novel will blow you away. Yes, it's that good.” —Analog

“A considerable achievement, and one that suggests the presence of a world-class SF voice that we ought to know about.” —Locus

“Enthusiastically introduced by no less than Orson Scott Card, this far-future novel does credit to everyone concerned, starting with its German author... Despite being broken into short episodes, the novel is one fluidly integrated story. Eschbach is likely to become an international phenomenon.” —Booklist

“With his first work Eschbach shows that the German SF is not dead.” —Olive Faulhaber on The Carpet Makers

“Andreas Eschbach is one of the most acclaimed sf writers to emerge in Germany in the past decade.” —The Magazine of Science Fiction and Fantasy on The Carpet Makers

“Andreas Eschbach is a phenomenon.” —Lesen & Leute on The Carpet Makers

“Eschbach: take it and read it.” —Frank Schirrmacher, FAZ on The Carpet Makers

“Andreas Eschbach is incontestably the shooting star of the German SF scene.” —Heyne Science Fiction Yearbook on The Carpet Makers