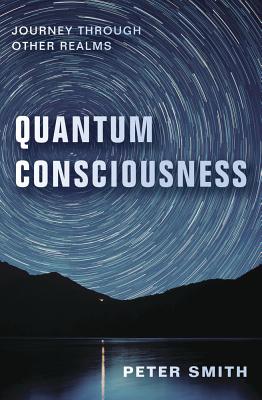 Deepen your understanding of quantum physics and expanded states of awareness with Quantum Consciousness, an enlightening guide that helps you pull science and spirituality closer together. This fascinating book invites you to tour alternate realities, parallel lives, interdimensional consciousness, the eternal state, and even the very fabric of the universe.

Specially emphasized are four aspects of quantum consciousness: the creator effect, intanglement, everywhereness, and holographic healing. You'll also find a detailed exploration of the various realms of consciousness, including stored consciousness, alternate consciousness, parallel consciousness, and interdimensional consciousness. Peter Smith, former president of the Newton Institute, guides you on a journey of life-changing discoveries, encouraging you to tap into the human form's amazing potential. With Quantum Consciousness, you can move past your current mindset's limitations and awaken to a greater purpose for yourself and for all humanity.

Smith's book heralds this time as an era of awakening for humanity...He paints a dizzyingly beautiful picture of what the world might look like once it has evolved to its full potential.--ForeWord Reviews

Peter Smith (Australia) is the president of The Newton Institute and trains Life Between Lives practitioners around the world. He is also the founder of the Institute for Quantum Consciousness and the creator of the Hypnoenergetics(R) modality. He has published several articles on Spiritual Regression and Hypnotherapy and is a co-author of Memories of the Afterlife, the final book in the bestselling Life Between Lives quadrilogy. Visit him online at www.QuantumConsciousness.com.au.