The Sagas of Icelanders: A Selection (Hardcover) 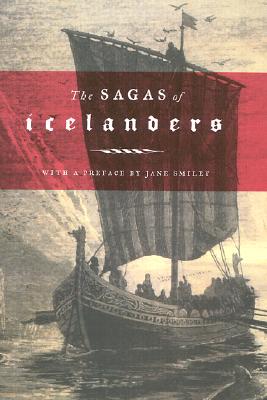 By Anonymous (Introduction by)
$40.00
Unavailable at this time.

Commemorating the 1000th anniversary of Leif Eriksson's pioneering voyage to the New World, Viking will proudly publish a major new translation of the very greatest of the Icelanders' Sagas. A unique body of medieval literature, the Sagas rank with the world's greatest literary treasures -- as epic as Homer, as deep in tragedy as Sophocles, as engagingly human as Shakespeare. Set during the Viking Age, these epic stories depict with an astonishingly modern realism the lives and deeds of the Norsemen and Norsewomen who first settled Iceland and of their descendants, who ventured farther west -- to Greenland and, ultimately, the coast of North America.

The Sagas of Icelanders collects a dozen of the most outstanding Sagas, including the celebrated "Vinland Sagas", which contain the oldest descriptions of the North American continent. Much more than rousing adventure narratives, though, the Sagas introduce modern readers to a now-vanished world separated from ours by a thousand years -- a richly imagined and psychologically complex world, comparable in realistic effect with the novelistic genius of Austen or Dickens.