Tales of the Madman Underground: (An Historical Romance 1973) (Hardcover) 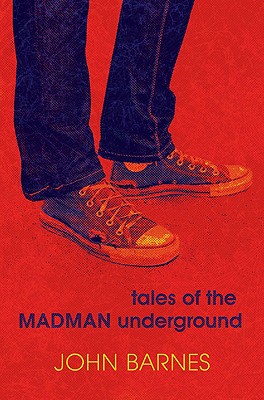 By John Barnes
$18.99
Unavailable at this time.

Wednesday, September 5, 1973: The first day of Karl Shoemaker's senior year in stifling Lightsburg, Ohio. For years, Karl's been part of what he calls "the Madman Underground" - a group of kids forced (for no apparent reason) to attend group therapy during school hours. Karl has decided that senior year is going to be different. He is going to get out of the Madman Underground for good. He is going to act - and be - Normal. But Normal, of course, is relative. Karl has five after-school jobs, one dead father, one seriously unhinged drunk mother . . . and a huge attitude. Welcome to a gritty, uncensored rollercoaster ride, narrated by the singular Karl Shoemaker.

John Barnes lives in Denver, Colorado. This is his first novel for teenagers.