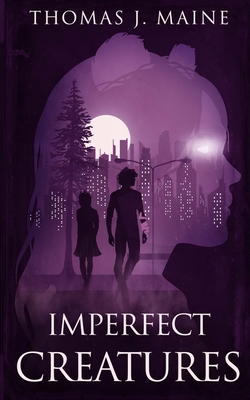 With her eighteenth birthday on the horizon, Allison Khione has only three goals on her mind

2. Protect her friend from a serial killer

3. Convince her sister she's left the assassin life behind

Having been raised as a mage assassin, Allison and her twin brother Dakota grew up in a world of violence and brutality. It was only when they were fourteen years old that they were able to leave the trauma of their past life behind, but even then the scares take hold. Rebecca, a long lost sister, adopts the twins into her home, but even her love cannot stave the demons the orphanage left them. Allison plays the violin, goes to school, and spends time with her friends. But no amount of pretending will sate her destructive urges.

Four years after their release they are close to high school graduation, and her nerves are nearing their end. Then comes an opportunity. Dakota's girlfriend, the telepath Nikita, comes to the twins begging for help. Her issue? A pursuer ideologically convinced her death will bring about global salvation. And worst of all, he is capable of overcoming her powers. A curse, or a blessing, allowing the twins to reexperience their hidden desires.

Caught by this new danger, Allison's childhood skills are called upon in a fight for survival and protection, and the girl she tried so hard to leave behind lurks just below the surface, begging to be let out.