The Judge's List: A Novel (The Whistler #2) (Large Print / Paperback) 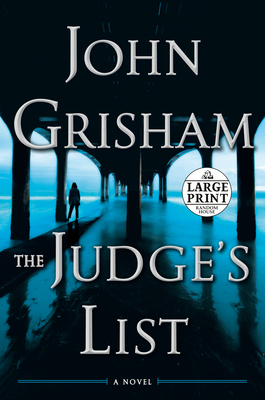 #1 NEW YORK TIMES BESTSELLER • Investigator Lacy Stoltz follows the trail of a serial killer, and closes in on a shocking suspect—a sitting judge—in “one of the best crime reads of the year.... Bristling with high-tech detail and shivering with suspense.... Worth staying up all night to finish” (Wall Street Journal).