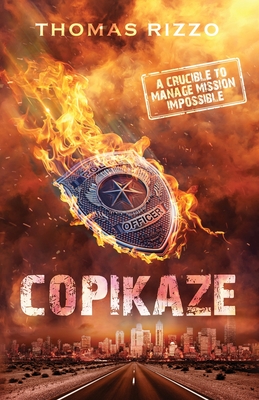 With constant evolution being experienced in the policing profession, the odds of successfully navigating a career from its onset to completion have become increasingly slim. Whether attributed to the complexities of modern directives, the frustrations of contradicting legislation, or the overwhelming pressures felt due to the concerted efforts of reformists, the nobility of the calling has certainly been called to center-stage. Who, in their sane mind, would want this job given the current climate?

Fear not, for the noble ones still do exist as the overwhelming majority, however, their existence is being threatened by the advent of enhanced scrutiny, while lacking the adequate tools to avoid the inevitable spoils along the way. Leadership in the very essence of the term has never been more of a necessity, yet we commonly find it to be more of an anomaly. Is this because our supervisory ranks are plagued by demonic patrons or could it be simply an expected outcome as numbness of the soul has begun to steer the ship.

This crucible is meant to provide a series of lessons as the clich rings, "If I only knew then, what I've come to know now." For officers; A candid analysis of policing's trials and tribulations, while offering a guide to navigate the treacherous path which has been paved. For officers' loved ones; A means to acceptance, forgiveness, and acknowledgement. For the oppositionist; A means to an understanding, not necessarily agreement.

For all; A means to heal not hurt.