Whenever a Happy Thing Falls: Paperback 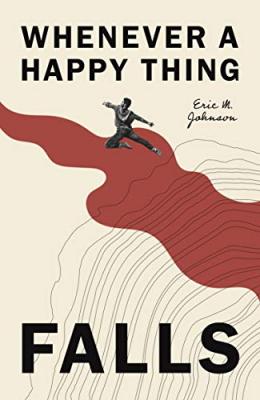 Bale Ratcliffe is flourishing during a semester studying abroad in London, enjoying literature and poetry classes and an exciting budding romance with a precocious young actress. But as graduation approaches, Bale’s father, Bruce Ratcliffe, a shrewd businessman obsessed with his son's material success and a hidden agenda, forces Bale to throw away his dreams of becoming a writer and the love of his life to join an elite investment bank run by his friend.

Plunged into a chaotic corporate culture rife with greed, criminality, misogyny, and racism, Bale’s life crumbles during months of 100-hour work weeks and mounting alcohol and drug abuse. Spiraling out of control, Bale eventually causes an explosive event inside the firm’s office after a late-night debauch, and escapes to a rural cabin where, over the course of a weekend, he must decide what he stands for and how he can ultimately save his own life.

Eric M. Johnson is an American journalist, novelist, and outdoorsman. Born and raised in Chicago, he now lives in Seattle, where he writes about Boeing and the billionaire space race for Reuters News.