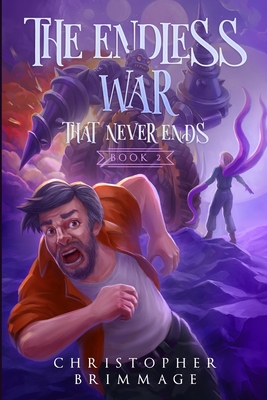 By Christopher Brimmage
$14.95
Out of stock, usually available in 3-10 days

Ten years have passed since Art unleashed the cosmic teddy bears upon the Multiverse. And for ten years, the infinite war between Life and Destruction has raged across countless earths.

Nothing has changed for Art, other than the fact that everything has changed. He is a prisoner of the Bureau of Interdimensional Travel, an oversight agency charged with policing threats to the Multiverse. His only desire is to return home to his beloved couch and never leave it again. But as the years drag on, his hope wanes.

Meanwhile, Ginny and Drillbot have become generals of opposing armies in the cosmic war and have battled one another for a decade. But the Bureau of Interdimensional Travel has now developed a weapon that might finally end the war, and the outlook for these two has turned grim.

Praise for THE ENDLESS WAR THAT NEVER ENDS:

"Just when I thought a Multiversal Adventure Story couldn't get any quintessentialer than Art for the Sake of Art, the author releases the sequel and makes me question everything I know about quintessentialness."
-At least one person on one of the infinite earths in the Multiverse, probably