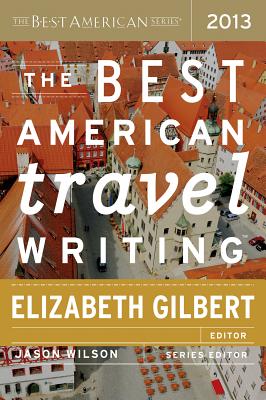 JASON WILSON is the author of Godforsaken Grapes: A Slightly Tipsy Journey through the World of Strange, Obscure, and Underappreciated Wine and Boozehound: On the Trail of the Rare, the Obscure, and the Overrated in Spirits.He writes regularly for the Washington Post and the New York Times. Wilson has been the series editor of The Best American Travel Writing since its inception in 2000. His work can be found at jasonwilson.com.

ELIZABETH GILBERT is the author of the story collection Pilgrims, a finalist for the 1998 PEN/Hemingway Award. It was a New York Times Notable Book and was listed as one of the Most Intriguing Books of 1997 by Glamour magazine. Pilgrims also won best first fiction awards from the Paris Review, the Southern Review, and Ploughshares. Her fiction has been published in Esquire, Story, GQ, Paris Review, Ploughshares, and the Mississippi Review. She is also a Pushcart Prize winner, and her nonfiction writing has earned her a 1999 National Magazine Award nomination. Annie Proulx called Gilbert a "young writer of incandescent talent." She lives in New York's Hudson Valley.

Elizabeth Gilbert (Eat, Pray, Love, 2006), guest editor of the latest volume in this always rich yearly anthology, boldly avers that she chose travel stories that “were told the most marvelously in 2012.” All the pieces included here are treasures of excellent writing, regardless of genre. – Booklist

The latest installment of the travel-writing series upholds the tradition of world-expanding excellence.The wonder continues in the fact that, regardless of subject, each story takes its place in the collection proudly and deservedly. – Kirkus