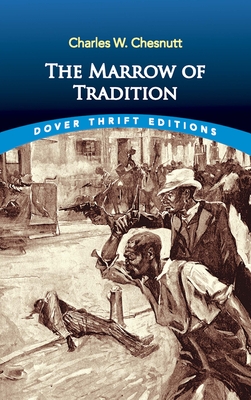 By Charles W. Chesnutt
$7.00
On our shelves now at one or more of our stores

In this landmark tale, one of the great American novelists exposed the harsh dimensions of Southern prejudice during post-Reconstruction era. Charles W. Chesnutt traces the intertwined lives of two prominent families: one headed by a newspaper editor and flagrant white supremacist; the other by the founder of a hospital for African Americans, whose biracial wife is the unacknowledged half-sister of the editor's wife. Their personal dramas unfold amid an atmosphere of public hysteria that erupts in a massacre -- one based on an actual incident.
The 1898 race riot of Wilmington, North Carolina, left a considerable number of African Americans dead and expelled thousands more from their homes. Chesnutt drew upon survivors' accounts, including those of members of his own family, for an authentic retelling of the facts. His powerful and passionate exploration of how miscegenation, social rank, and the concept of white supremacy gave rise to Jim Crow laws provides an insightful analysis of racial conflict at the turn of the twentieth century.

One of America's first great African-American novelists, Charles Chesnutt (1858-1932) exposed the harsh dimensions of Southern prejudice before and after the Civil War. Powerful and passionate, his novels present richly imagined characters, both black and white, striving to make better lives for themselves.