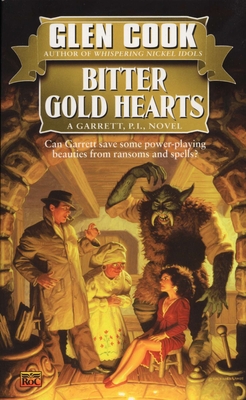 By Glen Cook
$7.99
Unavailable at this time.

This is book number 2 in the Garrett, P.I. series.

The Stormwarden's children have been kidnapped and Garrett, P.I. is on the case. But caught between the bewitching beauty of a half-elf and the fearsome power of a horde of ogres, Garrett has to think twice before sacrificing all for a fortune in gold-after all, even in this enchanted land, he's only human.