The Chosen: A Novel (Paperback) 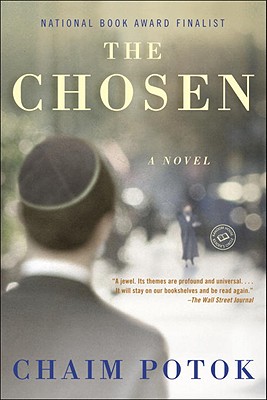 “Anyone who finds it is finding a jewel. Its themes are profound and universal.”—The Wall Street Journal

It is the now-classic story of two fathers and two sons and the pressures on all of them to pursue the religion they share in the way that is best suited to each. And as the boys grow into young men, they discover in the other a lost spiritual brother, and a link to an unexplored world that neither had ever considered before. In effect, they exchange places, and find the peace that neither will ever retreat from again. . . .

Chaim Potok was born in New York City in 1929. He graduated from Yeshiva University and the Jewish Theological Seminary of America, was ordained as a rabbi, and earned his PhD in philosophy from the University of Pennsylvania. He also served as editor of the Jewish Publication Society of America. Potok’s first novel, The Chosen, published in 1967, received the Edward Lewis Wallant Memorial Book Award and was nominated for the National Book Award. He is author of eight novels, including In the Beginning and My Name Is Asher Lev, and Wanderings, a history of the Jews. He died in 2002.