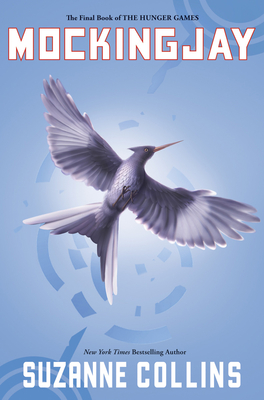 This is book number 3 in the Hunger Games series.

Who do they think should pay for the unrest?

The final book in The Hunger Games trilogy by Suzanne Collins will have hearts racing, pages turning, and everyone talking about one of the biggest and most talked-about books and authors in recent publishing history!!!!

Suzanne Collins is the author of the bestselling Underland Chronicles series, which started with Gregor the Overlander. Her groundbreaking young adult novels, The Hunger Games, Catching Fire, and Mockingjay, were New York Times bestsellers, received wide praise, and were the basis for four popular films. She returned to the world of Panem with The Ballad of Songbirds and Snakes. Year of the Jungle, her picture book based on the year her father was deployed in Vietnam, was published in 2013 to great critical acclaim. To date, her books have been published in fifty-three languages around the world.

Praise for The Hunger Games

"I was so obsessed with this book. . . . The Hunger Games is amazing."
--Stephenie Meyer, author of the Twilight saga

*"The highly anticipated conclusion to the Hunger Games trilogy does not disappoint." - BOOKLIST

"The most compelling science-fiction saga of the past several years." - HORN BOOK

"The trilogy balances seriousness with special effects, a fundamental furious darkness with fast-paced storytelling, so that the books manage to be simultaneously disturbing and fun." NYT BOOK REVIEW

"Mockingjay is a fitting end to the series . . . and will have the same lasting resonance as William Golding's Lord of the Flies and Stephen King's The Stand." - SLJ