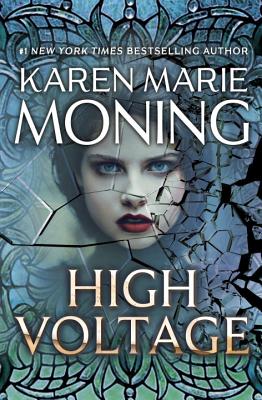 This is book number 10 in the Fever series.

NEW YORK TIMES BESTSELLER • Immortal Faerie and ancient feuds, secrets and sacrifices—a thrilling new chapter in the bestselling Fever series begins, featuring Dani, Ryodan, and other beloved characters, as they battle to save Dublin from the rising of a terrifying evil determined to enslave the human race.

There is no action without consequence.

Dani O’Malley was nine years old when the delusional, sadistic Rowena transformed her into a ruthless killer. Years later, Dani is tough and hardened, yet achingly vulnerable and fiercely compassionate, living alone by her own exacting code. Despite the scars on her body, and driven by deeper ones carved into her soul, no one is more committed to protecting Dublin. By day she ensures the safety of those she rescues, by night she hunts evil, dispensing justice swiftly and without mercy, determined to give to those she cares for the peace she has never known.

There is no power without price.

When the Faerie Queen used the dangerously powerful Song of Making to heal the world from the damage done by the Hoar Frost King, catastrophic magic seeped deep into the earth, giving rise to horrifying, unforeseen consequences—and now deadly enemies plot in the darkness, preparing to enslave the human race and unleash an ancient reign of Hell on Earth.

There is no future without sacrifice.

With the lethal, immortal Ryodan at her side, armed with the epic Sword of Light, Dani once again battles to save the world, but her past comes back to haunt her with a vengeance, demanding an unspeakable price for the power she needs to save the human race. And no one—not even Ryodan, who would move the very stars for her—can save her this time.

“A romance wrapped up in a thrilling sci-fi novel—what more could you want?”—PopSugar

“If you’ve never read a Karen Marie Moning book before, you’re missing out. Her heroines alone are worth the read. . . . Despite being set in a dystopian world filled with magic and fae, the obstacles that these characters go through are very much humanlike. . . . Cannot wait to see where [she] takes this series next.”—Under the Covers

“A romance wrapped up in a thrilling sci-fi novel—what more could you want?”—PopSugar

“If you’ve never read a Moning book before, you’re missing out. Her heroines alone are worth the read. . . . Despite being set in a dystopian world filled with magic and fae, the obstacles that these characters go through are very much humanlike. . . . Cannot wait to see where [she] takes this series next.”—Under the Covers

“The picture that Moning paints with her stories is so real. . . . In High Voltage, the real Dani is front and center. . . . I absolutely can’t wait to see what comes next in this explosive series.”—I Smell Sheep

Praise for the novels of Karen Marie Moning

“Bold and brilliantly layered, deeply emotive and all-consuming, the story curves full circle as Mac and Dani try to save the world. . . . Fans of the series . . . will love every moment, every page. As one now expects from the incredibly talented [Karen Marie] Moning, gasp-inducing surprises await.”—USA Today

“Moning is one of the best. . . . [Feversong is] an exciting, pulse-pounding action-filled adventure that at times is dark and terrifying, and other times gloriously happy and romantic. . . . Another fantastic story.”—The Reading Cafe

“[Feversong is an] epic ending to an epic series.”—The Review Loft

“Moning’s world-building is extensive and inspired, and she never fails to keep the action fast and the stakes high. . . . The heroes’ shared danger, victory, loss and turmoil translate into emotional intensity and sexual tension.”—The New York Times Book Review

“Moning is back, burning up the pages with scorching tension, gasp-out-loud surprises, unshakable danger and unexpected feels. Feverborn is simply impossible to put down. . . . I’m not sure how Moning is able to do it after eight books, but each novel proves more exciting than its predecessor as she continues to raise the stakes in this ongoing, exhilarating saga. Feverborn is a fight between ancient magic and renewed determination, a duel between old wounds and deep-seated love. Once again, you won’t be able to put this book down.”—USA Today

“Feverborn is at once the most gratifying and infuriating (in the best way possible) volume in the series yet. Moning’s proclivity for passion, emotion and shocking twists is showcased in breathtaking clarity. . . . Fans of the series will be panting, both with heat, and a frenzied need to know what happens next.”—PopWrapped

“A masterpiece of epic proportions. With this book, Moning shows us exactly why she is such an indispensable writer in the genre.”—Under the Covers