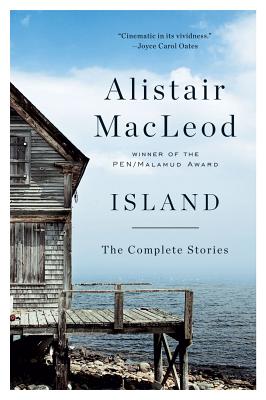 Alistair MacLeod left us with one novel and these sixteen stories which he wrote first in longhand in summers away from teaching on his beloved Cape Breton. These stories evoke a sense of place and will transport you to the closely observed lives of their inhabitants.

Winner of the PEN/Malamud Award: “The genius of his stories is to render his fictional world as timeless.”—Colm Tóibín

The sixteen exquisitely crafted stories in Island prove Alistair MacLeod to be a master. Quietly, precisely, he has created a body of work that is among the greatest to appear in English in the last fifty years.

A book-besotted patriarch releases his only son from the obligations of the sea. A father provokes his young son to violence when he reluctantly sells the family horse. A passionate girl who grows up on a nearly deserted island turns into an ever-wistful woman when her one true love is felled by a logging accident. A dying young man listens to his grandmother play the old Gaelic songs on her ancient violin as they both fend off the inevitable. The events that propel MacLeod's stories convince us of the importance of tradition, the beauty of the landscape, and the necessity of memory.

Cinematic in its vividness.

Each story is charged with a place and way of life . . . mythical and particular at once.
— Frederick Busch, author of The Night Inspector and Don't Tell Anyone